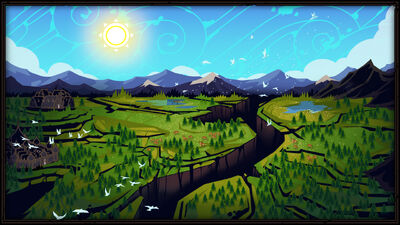 Urralia, in a more peaceful time

At the beginning of the game. it is destroyed by the dark god Voden and the Harbinger re-experiences the day leading up to its destruction repeatedly to learn why and attempt to ultimately prevent it. 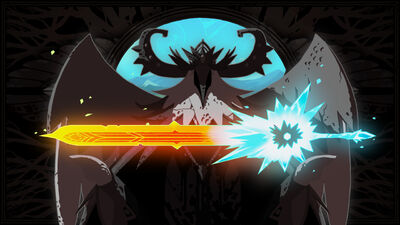 Long ago, many nations existed such as the dog and cat societies, the bear clans, the bird tribes who called themselves the Pygarians, and the rodent colonies who called themselves Rodentians. The Pygarian nation was founded three centuries ago when Yarbog entrusted the sword Kladen to the bird tribes. Iontrek, the First Emperor, felt the need to build a strong empire that would stand the test of time, worthy of Yarbog's trust.

The Empire started with uniting all of the bird tribes in Urralia and slowly began migrating, one-place-at-a-time, into a few towns and mountain peaks outside their lands. Using their slow infiltration process and subtle propaganda, the Pygarians, under the current reign of Emperor Indrik, have become dominant within the cat and dog societies that used to rule themselves. They've persuaded the cat and dog clans to be "adopted" into the Pygarian Empire. Hence, the Pygarian empire has since grown into Urralia's largest nation.

The Rodentian clans united when the war began. In addition to uniting within, they also united outside their nation and allied with the bear clans and elicited their help in the war effort.