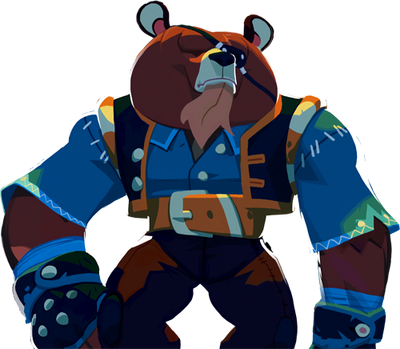 Ludomir is a Rodentian freedom fighter whose tremendous strength has made him a front liner in the conflict with Pygaria.

He is one of the key characters the Harbinger meets during her mission to save Urralia.

Ludomir does not care for power or politics but power and politics seem to care for him. In spite of his resistance, he is drawn to the high stakes of conflict. Impulsive and reckless, Ludomir depends on his instincts to guide him.

With his past haunting him however, he's become a heavy drinker.

Pugilist Wrath: Ludomir launches a powerful slam attack that damages and knocks down all surrounding enemies.