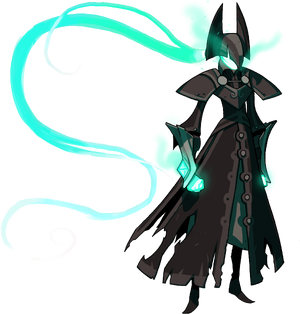 The Harbinger is the main character of Omensight and the primary player-controlled character.

The Harbinger is a mythical warrior who only appears in times of crisis. Worshiped by many tribes, the deeds of the eyes and sword of Urralia have since become legends taught to children.

In Omensight, a new incarnation of the Harbinger is granted the power to relive the final day of Urralia, which is devoured by the ancient god Voden. Her objective is to learn of the events leading up to the end of this world and to prevent it from happening.